This year’s Hackathon was held on 4 February 2020 and it’s a much-anticipated event for our developers and QAs to learn, experiment and have fun. Here’s a peek at what goes on: 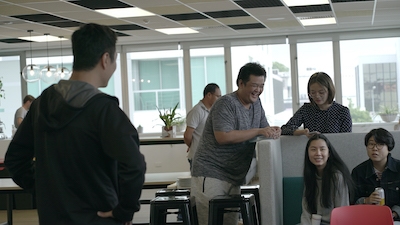 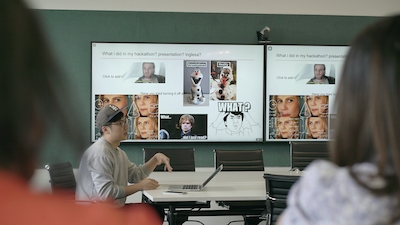 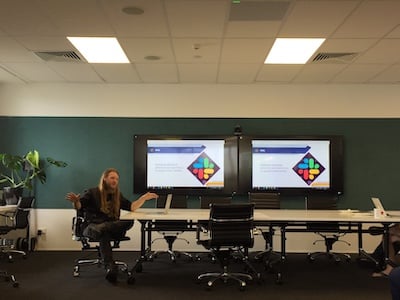 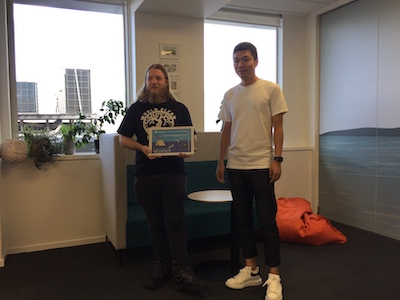 The Groundbreaker Award went to Ryan and Liam’s project: Hack Day History. Here’s what Ryan had to say about the pair’s work:

I’m interested in integration and automation of tools to help us do our work. Liam came up with the idea that we could use the Slack API to fix some pain points he had with the app. Slack is a bit of a constant source of frustration at Unleashed as after 10,000 messages Slack blocks our access to historical data with a rolling limit. Every message added hides a previous one.

I thought it would help developers mostly, we’ve had a number of discussions on Slack with important decisions. We’ve subsequently lost access to those as our messages roll over the 10,000 mark. It should also be useful for management to record discussions in a slightly nicer format than a copy/paste from Slack will allow as well.

I’m quite surprised we won! I partnered with one of our interns, Liam Caldwell, who has gone back to university now. As this was his idea we’ll need to catch up and work out what to do with the prize. There’s a lot of talent at Unleashed and all the projects were very interesting, I had not expected to win again!

I have not started thinking about the next Hackathon yet! I would like to do something related to microservices, or tooling to help our devs work faster and more efficiently. 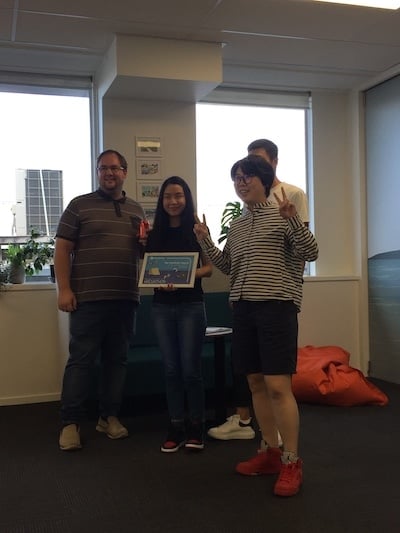 James Taylor, Trisha and Amber won the Pathfinder award for their great work on Amazon Dynamo DB. Here’s what James had to say about the team’s work:

The company paid for three full days of AWS training last year. As a result of getting more familiar with cloud technologies, we were able to envision a way we could leverage various components in AWS to quickly and cheaply build a solution to one of the biggest problems our team faces. As a result, our engineers will be able to troubleshoot production incidents faster. We could even expand on what we built to allow our product team to gain fine-grained insights into how we use our integrations.

I wouldn’t have been able to deliver in one day the project we built all by myself, so in terms of winning it was really a case of ‘teamwork makes the dream work’. Next Hackathon I want to take a look at how to radically simplify how we do data access with functional programming and/or GraphQL.

Trisha shares: “It’s really nice to get recognition from everyone. It’s definitely the teamwork that brought our project to success and winning. For our next hackathon, I haven’t thought of any project yet but hopefully to do more with AWS services.”

Amber shares: The award tells me that our project would benefit our product once it is implemented entirely. Also, the award shows the importance of any contribution made by our team member, so I’m very appreciative of the awesome teamwork. On the other hand, the award would drive me to think of more ideas which potentially and probably would benefit our product during any later innovation events. I will always try my best and reach the reward! At the moment, no ideas pop up in my mind for the next Hackathon yet. I would like to explore some ideas involving the practical aspects of a developer’s daily life and issue investigation.