Another inspiring Winter Hackathon from our team

This year’s Winter Hackathon, held on 30 Aug, was another collaborative and creative event. 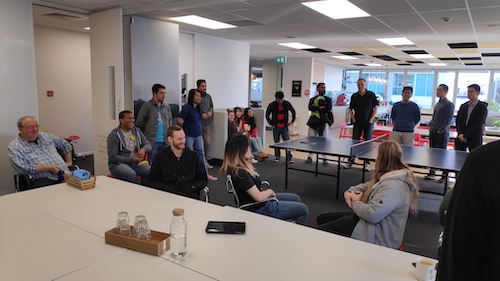 The team gathered for the Hackathon briefing 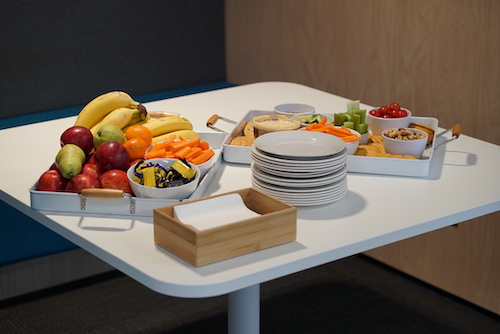 A spread of healthy snacks to fuel their creativity! 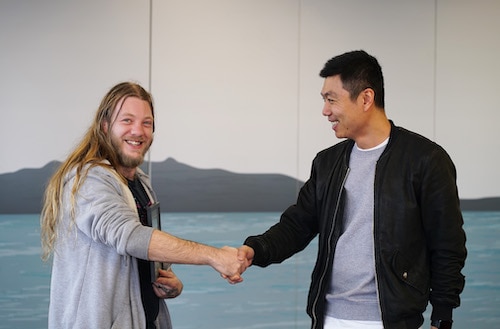 Here’s what Ryan had to say about his project:

For the hackathon I decided to create a tool (AnuglarJSxTS) for converting an application written in AngularJS into an equivalent programe in typescript. We’re currently looking to convert Unleashed into a modern Angular application which uses typescript and I wanted to significantly ease our migration.

The intended audience for my project was primarily developers, although the tool I wanted to build was intended to be used by anyone, such as business owner or manager that needed to convert an application when they no longer had an AngularJS developer, as this tech is becoming obsolete quickly.

I chose this idea as I had recently been working with a lot of legacy AngularJS code and noticed the transformation into typescript was pretty simple. In general simply renaming most files would work for phase 1 and I could then add transformations over time until we had something that could convert a full AngularJS application. 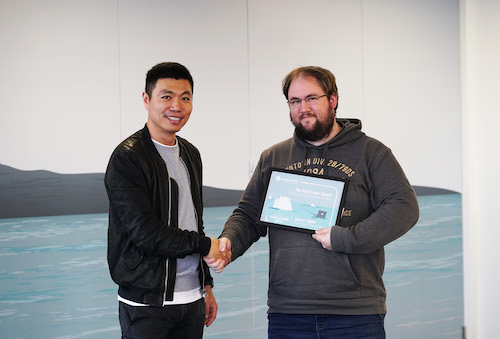 Here’s what James had to say about his project:

Investigating SLAs requires us to frequently download client databases and run a series of adhoc SQL queries against them to understand what the problem is. Downloading, importing, and scrubbing the database takes a few minutes each time we need to do it.

We also have some common queries we need to run but don’t have a standardised set of SQL queries SO we just re-type them out each time.

To save time and speed up investigations we should have a way to run adhoc SQL queries against any client database or CMS database in the partner portal. It should also be possible to save a query and give it a descriptive name.

This project was mainly aimed at members of my team, as we have to do this kind of action very frequently so it would save us a lot of time. I decided to pursue it because I think it’s possible to make our operations quite a bit more efficient by putting some effort into our tooling; developers are basically allergic to repetitive tasks.